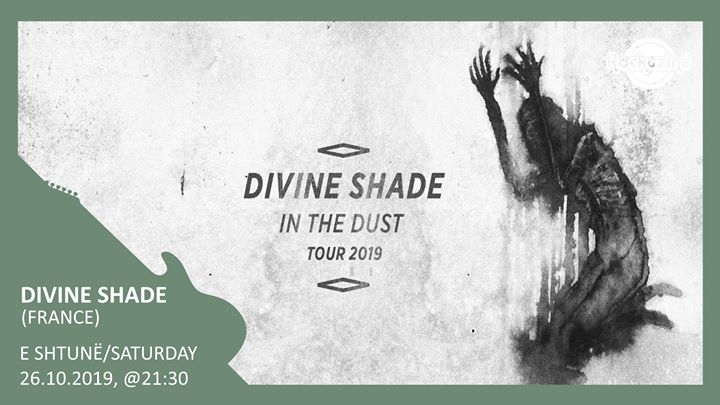 ◆ DIVINE SHADE (cold rock & dark wave – FR)
This is the soundtrack of a solitary walk in a dark undergrowth, between organic beats and almost human machines. Appeared only a few years ago on the Lyonnais musical landscape, Divine Shade is a Rock / Electro trio with variable geometry. A combination of styles and influences inspired by the Cold Wave culture with a touch of Indus music. After a first EP “From The Sky” published in 2014, Divine Shade has been pleasantly received by the public as well as the specialized critics. Constantly enriching its identity independently, the group was also accompanied by SMAC Les Abattoirs de Bourgoin-Jailleu.
Since then, Divine Shade continues its sound and graphic exploration with new musical projects and collaborations in the field of contemporary art and cinema.